We hear a lot in our industry about branded content.  It can sometimes be effective. People do sometimes want to watch a brilliantly crafted piece of film from a brand, or a water-cooler moment (I’m thinking Red Bull Stratos here) or other forms of great branded content that makes brands famous.  But content of any sort is only consumed or interacted with if it’s either entertaining, useful or relevant, not because of the popular myth in our industry that ‘people are demanding more from brands’.  It’s simply not true. Marketing is still largely the uninvited guest to the party and as such has to work bloody hard to even get noticed, let alone be demanded to return.

As the industry continues to loudly bang the content drum, one thing we’d do well to remember is the critical importance of context in communication.  And for good reason.

Context drives so much of our decision making, our choice of brands.  It’s in context that communication derives meaning.  Contexts change behaviour.

But context isn’t just a matter of channel selection.  In the traditional communications model, brands could simply plan and control which channels messaging (content) would be received in, almost guaranteeing the ‘who, when and where’ of communication .  But in an increasingly fluid media landscape where brands tell their story across multiple touch-points, the channel is less relevant than the context it’s received in.

And in purchasing scenarios, it’s often our unconscious mind (driven by emotional responses we’re rarely aware of) that makes decisions for us, such as deciding between brands.

Nowhere will you find this more eloquently explained than in Daniel Kahneman’s Thinking, Fast and Slow.  In it, he makes the distinction between the two systems of human thought.

‘System 1’ is the kind of intuitive, effort-free thinking we do without realising we’re doing it and drives most decision making in our day to day lives.  For example, just reaching out for the bottle of Evian on the shelf rather than cognitively evaluating each and every bottled water brand on offer.

We’re rarely engaged in System 2 thinking as it expensively drains the brain’s energy mentally and physically – ‘one if its main characteristics is its laziness, a reluctance to invest more effort than is strictly necessary’.

Impulse purchases or purchases made on ‘autopilot’ are characterised by this.  These types of purchases aren’t made with prior intention or through system 2 processing. They’re made on impulse based on emotions stored about the brand and because of the context of the environment – a gentle nudge at the till, the weather outside or what other people next you at the table have ordered.

People’s behaviours are often modified by what’s close to them, what’s available – stimuli in the immediate context.  In How Brands Grow, Byron Sharp explains how brands that are easier to buy through mental and physical availability tend to be bought more often by more people.  Although this sounds simplistic, his theory of ‘availability’ suggests that just being thought about at all in a buying situation increases the chance of purchase.

So it’s imperative for brands to identify, understand and leverage the contextual opportunities for system 1; impulsive thinking.

The role of content in all of this is obviously to generate the sort of emotions and salience to make the brand thought about in these buying situations.  It’s importance shouldn’t be undermined.  My argument is more that context is being more overlooked than perhaps it should.
In Part 2, I’ll look more at how brands can apply technology to go about identifying, understanding and leveraging contextual opportunities for System 1; impulsive thinking. 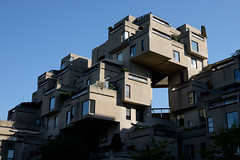 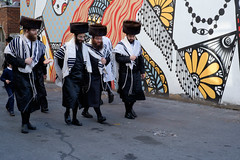 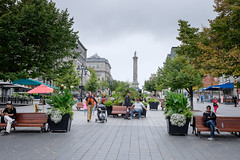 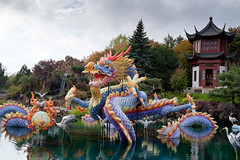 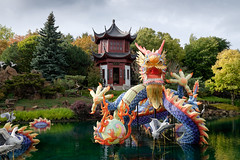